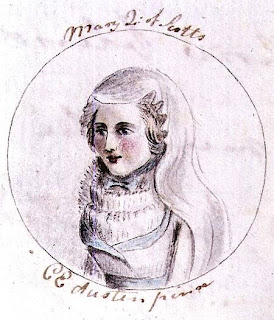 “It would be an affront to my Readers were I to suppose that they were not as well acquainted with the particulars of this King's reign as I am myself. It will therefore be saving THEM the task of reading again what they have read before, and MYSELF the trouble of writing what I do not perfectly recollect, by giving only a slight sketch of the principal Events which marked his reign. Among these may be ranked Cardinal Wolsey's telling the father Abbott of Leicester Abbey that "he was come to lay his bones among them," the reformation in Religion and the King's riding through the streets of London with Anna Bullen. It is however but Justice, and my Duty to declare that this amiable Woman was entirely innocent of the Crimes with which she was accused, and of which her Beauty, her Elegance, and her Sprightliness were sufficient proofs, not to mention her solemn Protestations of Innocence, the weakness of the Charges against her, and the King's Character; all of which add some confirmation, tho' perhaps but slight ones when in comparison with those before alledged in her favour.”
Originalet till Austens historiebok kan genombläddras digitalt här.
Upplagd av Elise kl. 17:06